Current sales at Best collateral, Latest News, Promotions at all BC Pawn Shops

What does the pawnbroker symbol mean? 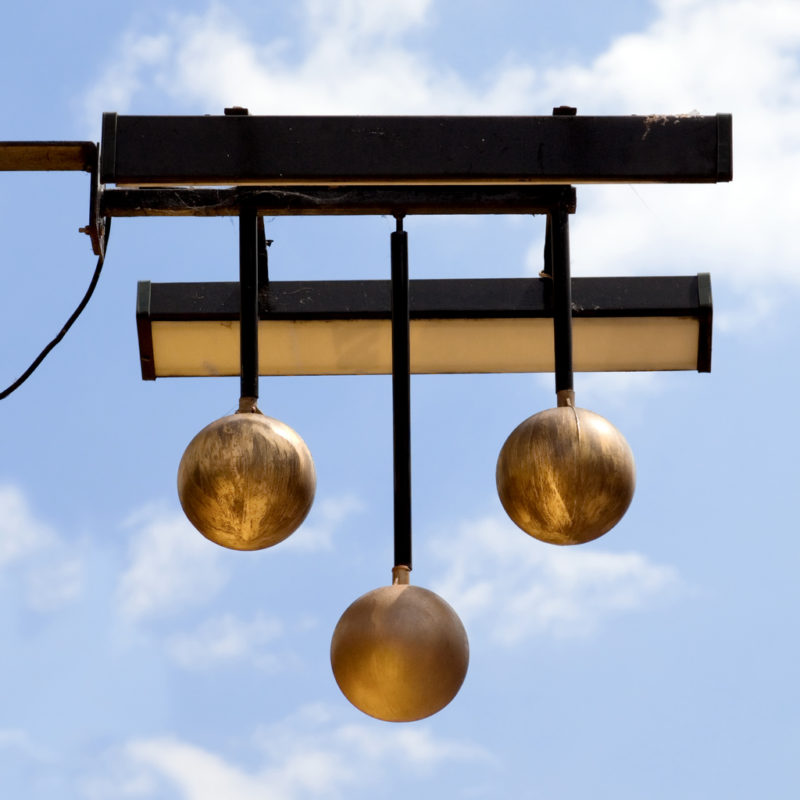 What does the pawnbroker symbol mean?

Many people wonder how three gold coins suspended from a bar came to symbolize the pawnbroking industry. If you’re wondering, “What does the pawnbroker symbol mean?” you’ve come to the right place. The symbol has been used since medieval times and is still used by pawnbrokers all around the world today. However, a couple of theories explain how the symbol was appropriated:

The Medici family is one of the most powerful families in all of European history. Three gold circles make up their family circle. The family were well known bankers who supported many artists and architects. The family had deep pockets and also had clout among politicians, lawmakers and church leaders. As the Medici family’s success grew, other families in the banking business assimilated the three circles into their coat of arms. Before long, the three circles came to represent money-lending and banking.

Saint Nicholas of Myra was a 4th century Greek Bishop and is the patron saint of pawnbroking. He is well known for his generosity, especially towards the poor. According to legend, a poor man in his town had three daughters but was not able to afford an adequate dowry for them to be married. Thus, they would not be able to fetch husbands. St. Nicholas dropped a sack filled with gold coins into each daughter’s window. The three bags of gold came to represent the three gold spheres used by pawnbrokers on their store fronts. Saint Nicholas day is December 6th, which is also National Pawnbrokers Day.

Pawn shops today are evolving businesses. While some pawn shops retain the three gold coins, may shops no longer feel the need to incorporate this symbol into their logos. At Best Collateral, we do not use this symbol. We strive to innovate the pawn shopping experience, and we hope you’ll visit us to see how exciting doing business with us can be.